They obviously had an inkling that people were in need of a way to express their individuality when recording their travels, experiences and daily lives.

The genius behind the Traveler’s Notebook lies in the the modular nature of using purpose-designed refills to customise the notebook. This means that every person who has ever owned a Traveler’s Notebook has had a different experience, a unique journey and created something truly special and original.

After many years and an evolution of the brand to become a company in its own right, now the, the Traveler’s Notebook celebrates 10 years of being a favourite companion of many a person worldwide. 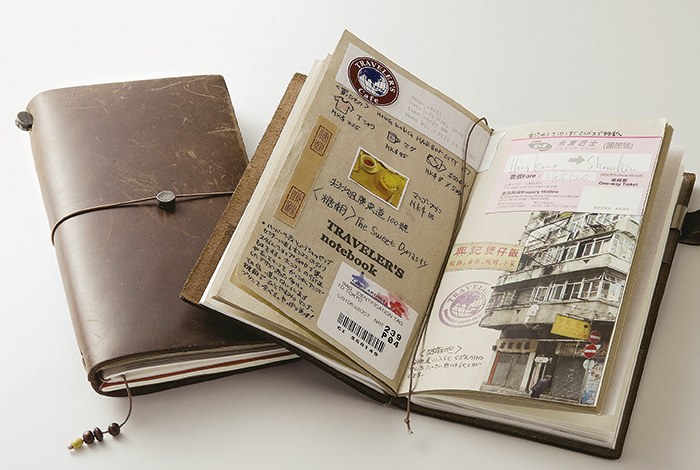 Following are some details released recently about the 10 year Anniversary Celebrations.

To read the article in full, please click here. 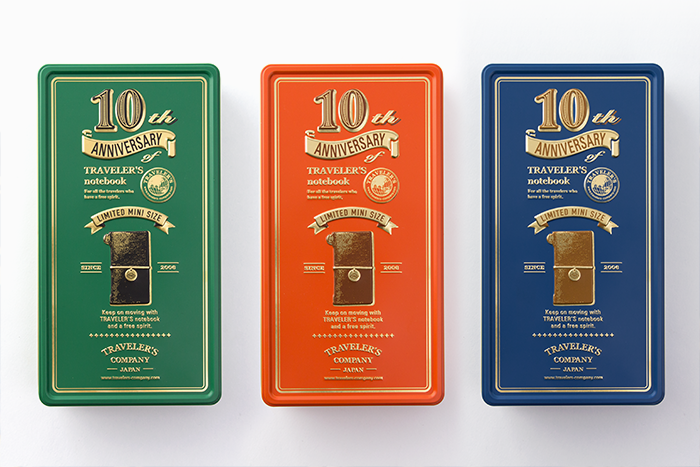 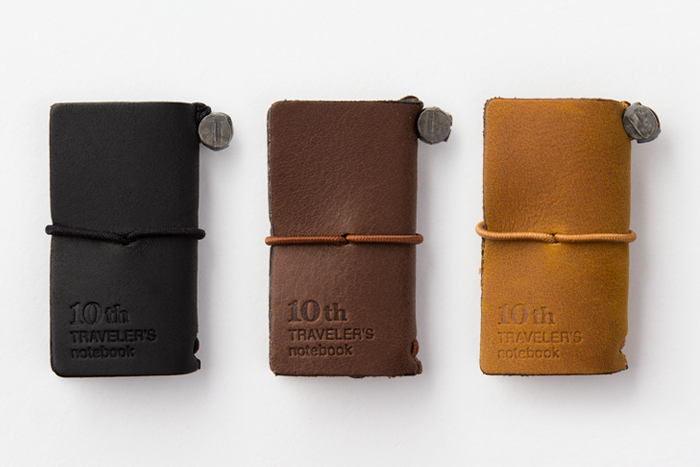 “To celebrate the ten years of history built with the travellers around the world, we made a special version of TRAVELER’S notebook. It’s a small-sized notebook that fits in one’s hand, and this is a notebook that we want people to carry it around in their lives at all times.

The notebook refill inside takes a form of a kit. People can pick their favourite paper and bind it using a stapler. Customising items such as a charm and sticker is also included, and there is also a guide that explains the history of TRAVELER’S notebook. These are all set inside a box shaped can that can be used to store a regular size refill.

In the customised mini TRAVELER’S notebook, people can write down things such as their favourite words, address, and names. After writing something down into the mini notebook, people can carry this around as an ID tag or a baggage tag and travel through their daily lives.

To celebrate the 10th anniversary, we will also host a present campaign.

By answering the required sections of the application included in the box shaped can and sending it, there is a chance of winning a white TRAVELER’S notebook or other 10th anniversary items.

The details will be post on their website later so please get excited for it and don’t miss it out!

Finally, have a nice trip with your TRAVELER’S notebook!”

Products In This Article